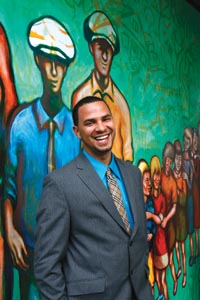 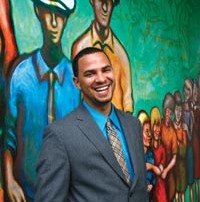 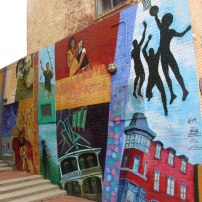 Kyle Holbrook is more than an artist, socially committed, he is the executive Director of MLK Community Mural Project. He has founded this program, in 2007 to provide youth with a creative outlet and an opportunity to take ownership and pride in their communities, restoring old building with artwork. He recently made his debut as a film director after establishing himself as one of the country’s most talented mural artists.

“Art of Life,” was shown last weekend as part of the Rhythm Foundation and Little Haiti Cultural Center Big Night in Little Haiti that takes place each month. The movie shows how youth in the hood, often lack a path or a toolkit for survival, and some of those who can find it, sometimes need a guide to keep going ahead. Holbrook not only directs but co-stars in the film and wrote some of the original music.

“I want to treat ‘Art of Life’ like an organic piece of public art — we capture everyday normal life and incorporate it into our film,” he said to The Miami Times.